Bryndza Podhalańska is a historical cheese that dated back to 1527 and is one of the most famous cheeses in the Podhale and Tatra region. Both Polish and Slovaks adore this classic cheese.

Produced from May to September only, Bryndza Podhalańska has a white and yellow-tone highlights.

The production of Bryndza Podhalańska only occurs between May and September.

It requires about 4 to 6 litres of milk to produce 1 kg of Bryndza Podhalańska.

And the milk must be from the Polska Owca Górska‘s breed (Polish Mountain Sheep with very long hair) and Polska Krowa Czerwona (Polish Red Cow) breed – cow’s milk which must not exceed 40%.

Below is a simplified method of production (example of how this cheese is made):

Bryndza Podhalańska is being manufactured in the districts of Nowy Targ and Tatra, in the Lesser Poland Voivodeship and in 6 municipal areas in the Zywiec district, within the Silesian Voivodeship:

If we have to describe the taste of Bryndza Podhalańska in a single word, we would define this cheese as intense. The taste may vary slightly depending on how much cow’s milk is being used and also during which month it was produced (between May & September).

According to experts, September’s production has a more intense flavor and taste.

It also has mild saltiness and a hint of sourness to it.

How to Enjoy Bryndza Podhalańska (PAIRING)

Given the intense flavor, it is best to pair this cheese with a glass of white wine or Moscato d’ Asti.

You may also consider pairing this cheese with thick crackers such as: 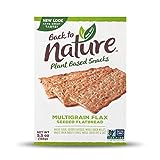